We’ve teamed up with renowned British photographer, Rankin, to shine the spotlight on the unseen – sex and intimacy in our later years, in the campaign: Let’s Talk The Joy of Later Life Sex.

Shooting five older couples and one woman in their most intimate settings, the team set out to show what sex and intimacy can mean in later life in a way that’s never been done before.

The campaign was conceived by advertising and marketing agency, Ogilvy, after seeing advertising failing to represent older generational intimacy.

Appearing nationwide from Sunday 25 April 2021, the campaign aims to tackle the stigma around this unspoken subject.

There is a notion that older people shouldn’t, couldn’t and wouldn’t want to have sex and be intimate. Why? It is rarely talked or written about yet we know that for many older people, sex and intimacy remains a really important part of their lives

The majority (60%) of people aged over 65 aren’t comfortable talking openly to anyone about sex and intimacy, citing embarrassment as the top reason at 66%. This was followed by, ‘it just wasn’t talked about when I was younger’ (64%), not wanting to make others uncomfortable (63%), not knowing when to bring it up (58%) and lack of confidence (57%)

It’s time to break that taboo 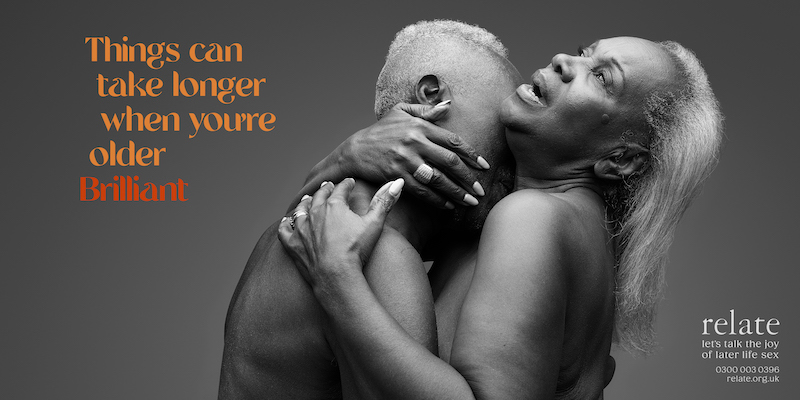 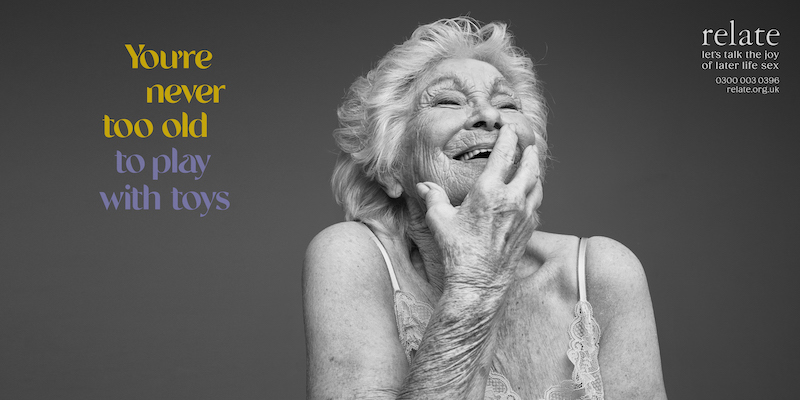 This campaign champions the importance of sex and intimacy in later life, exploring everything from long-term love to new adventures, tender intimacy to the more risqué.

The series of images feature a whole range of older people, from Andrew and Mark who have been together for 31 years, to Chrissie who has had a double mastectomy and her partner Roger, to Daphne and Arthur who still hold hands when they walk.

The people featured are of varying ethnicities, sizes, shapes and sexualities, aiming to show that we can all feel empowered to think and talk about sex and intimacy as we grow older.

To enquire about an appointment please call: